The RCM&E Mass build this year (2016) is Peter Millers Ballerina - published in the December 2015 RCM&E magazine as a free plan.

I was quite pleased that this model was selected as it is reminiscent of the Fred Dunn Astro Hog from 1958, the  first Aerobatic World Champion.

This is Peter's original

It is designed for a 40 Four Stroke or 32 Two stroke. Having neither but I did a have a preference for a larger model I chose to scale it up by a factor of 1.15 to suit the spare clapped out OS70FS that I have.

A couple of my build shots - I elected for a built up tailplane around a flat plate, a flat plate fin with built up rudder. 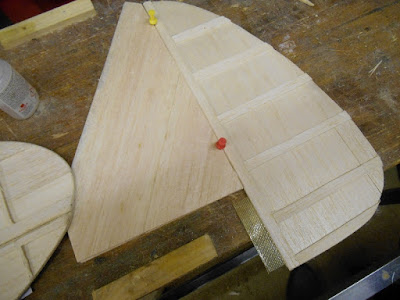 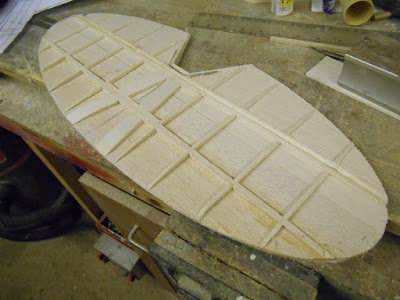 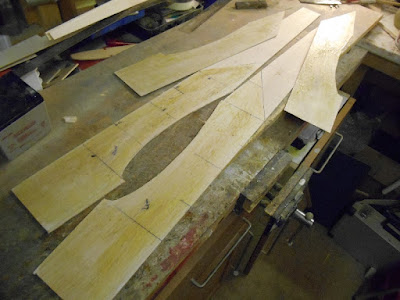 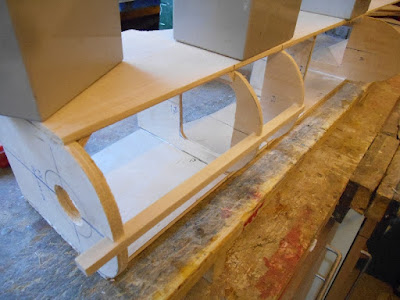 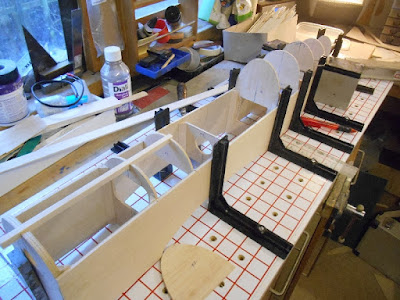 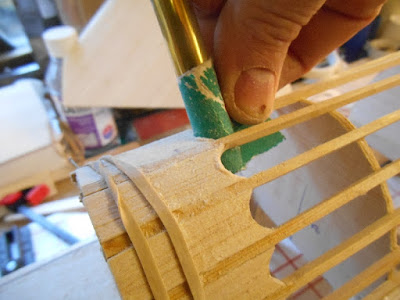 Tailplane and Fin and Rear Fuselage 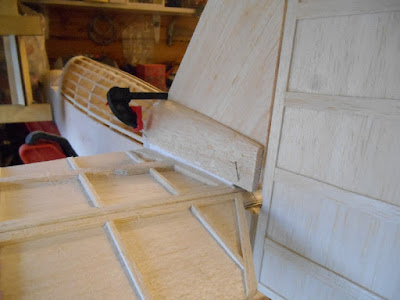 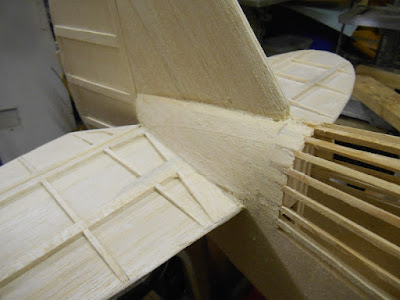 I'll post a few more photos as the build progresses

It's a very pretty looking aeroplane. Quite pleased with it so far 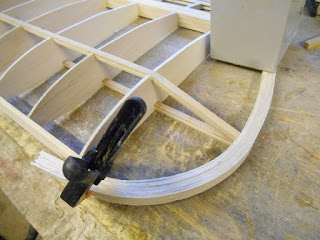 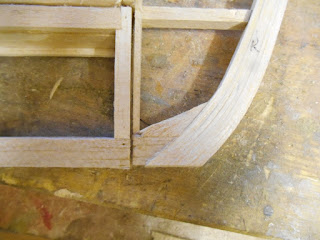 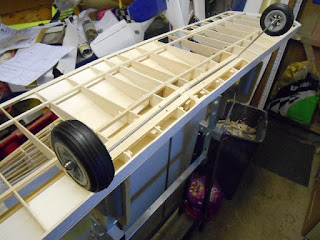 The undercarriage is designed to be removable. Held in place with M3 cap head bolts through a 3mm ply plate to star nuts behind. 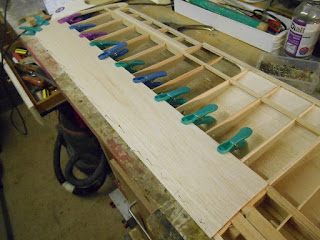 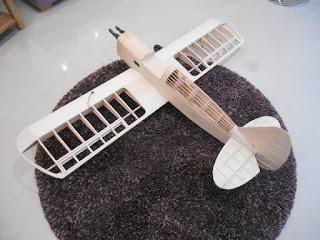 Just about ready for covering 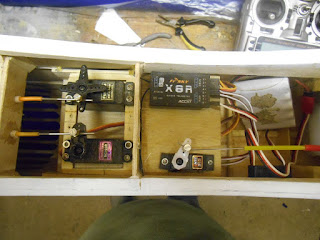 Fit out was very straightforward - 2 mini servos fitted for the ailerons with mechanical differential built in. 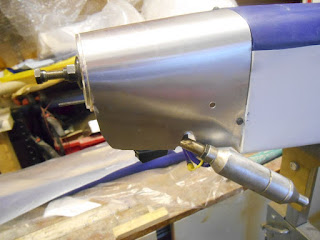 The cowl is bent from 0.5mm aluminium sheet - hand formed then reinforced on the inside with 150g glass cloth. 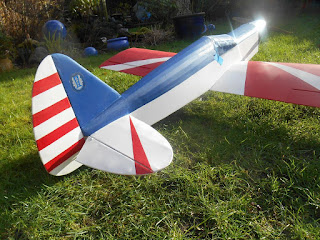 And then covered in Solartex 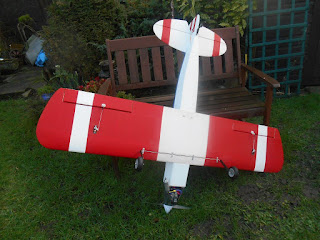 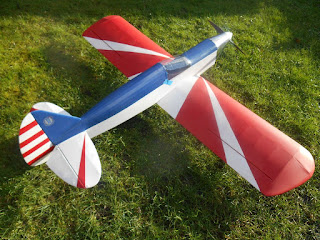 Just waiting for a Canopy and Pilot to show up

The model was maidened on the 29th January 2016.  It flew beautifully although just a little nose heavy. Much more agile and responsive than I imagined that it would be.