I am being 'encouraged' to have a go at building a Powered Scale Soarer - a model based on a normally powered prototype, but primarily designed for flying as a Slope Soarer using lift generated by the upward movement of the air as it rises over a hill.

I didn't do a lot of research. It appeared that many of the PSS models were scale models of Jet Aircraft and I fancied a cold war era aircraft. I actually knew nothing about the Fairey Delta 2 - it just looked right - and I decided that would be the design I will model. 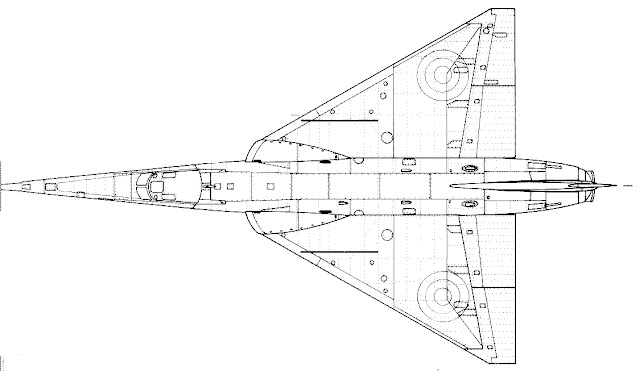 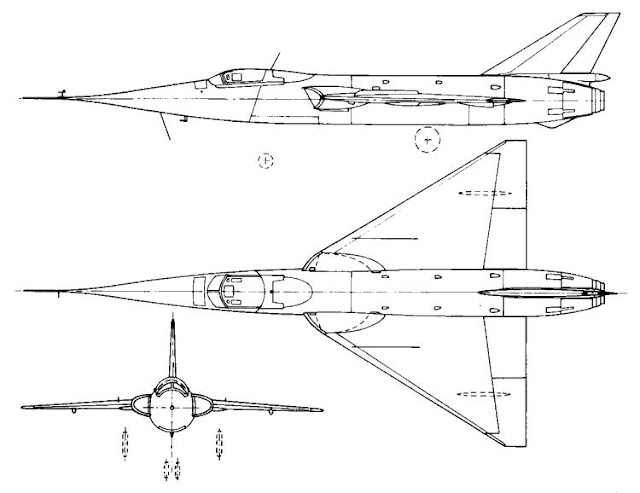 Working with a hybrid of design tools, DevFus for the Fuselage and Profili for the wing and then consolidated with Draftsight 2017 - this is still Work in Progress.

Design is obviously simplified as there is  no engine and undercarriage..

Wing section is based upon the NACA M4, but with the camber reduced to give a semi symmetrical front part of the profile but still retaining the slight reflex.

It should be OK for this model. Its quite thin at just over 6 percent thickness, but the root chord is  huge by my standards at 915mm!

The wing section will taper linearly and transform to a simple NACA0008 at the wing tip. With a tip chord of only 98mm, the thickness at the wing tip is only 8mm thick. Getting this built and maintaining strength to handle slope side landings will be tricky.

considering 3mm ply formers, spruce longerons and covered in a mix of 3mm Depron and Balsa.

The wing outer panels will plug into the centre section with the wing split at an angle from the side of the dummy air intakes to the fuselage side. I envisage that wing construction will be carbon composite spars and joiner tubes, balsa sheeted leading edge and Depron sheeting behind the main spar. Something along those lines anyway.. :)

The plan is at this stage. The Depron Balsa mix has not been decided but the keel area will be planked in 3mm spruce to provide a little resilience for those rocky landings. 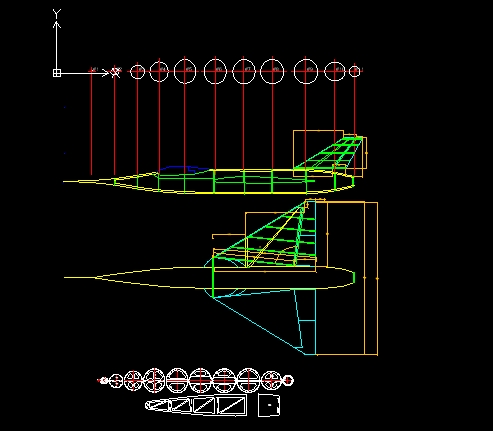 That is just about where I am up to.