Organised by Bob Rowland on behalf of the GBR/CAA this was meant to be a gathering of 12 club fliers (of mixed abilities) as students and 3 top class FAI flyers as mentors. In the end, only 10 club flyers turned up, but it looked like it was going to be a great day.

Weather conditions were very cold and quite windy, approximately 10mph in the lulls and gusting to 20mph at the peak.

The strip is quite exposed so the weather conditions really rammed home.

The format of the day is that each club pilot would be assigned to a tutor. The tutor would then get the student to fly the clubman's schedule and provide guidance on positioning etc.

The schedule is as follows:


With the exception of the Cuban 8 - no rolls, I had done all these manoeuvres before.

I took the Groovy and as a reserve the Gangster. I didn't really expect to use them both.

A few photos from the day: 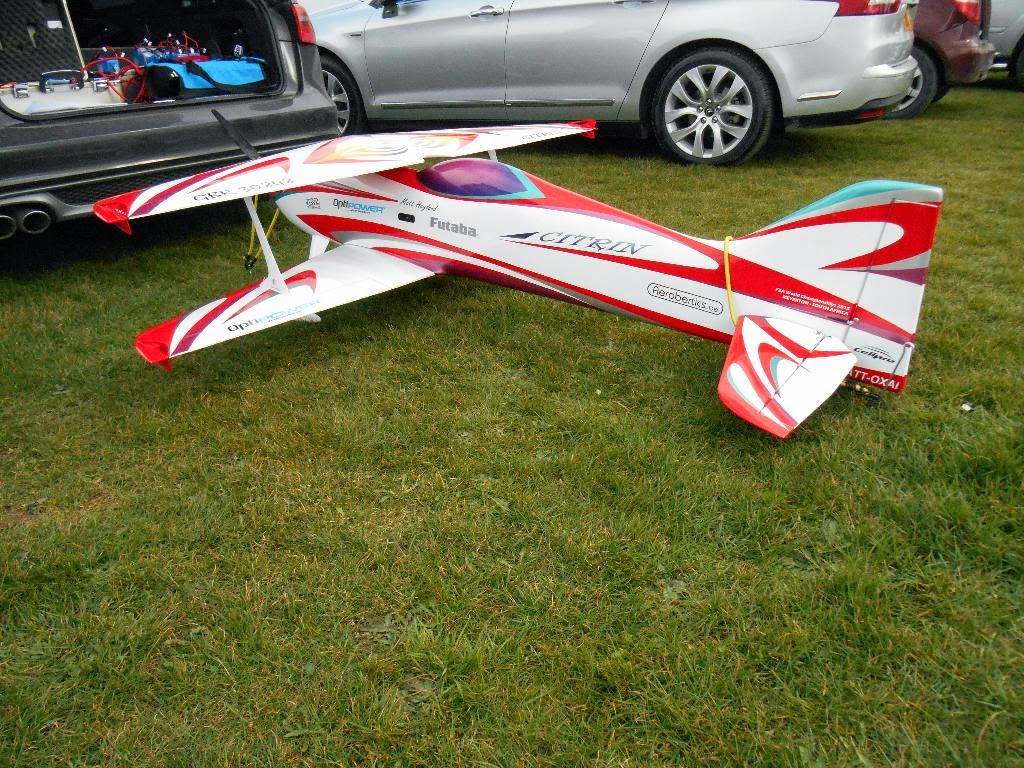 Matt Hoyland's exquisite Citrin. This is what a £4000++ airframe looks like.. 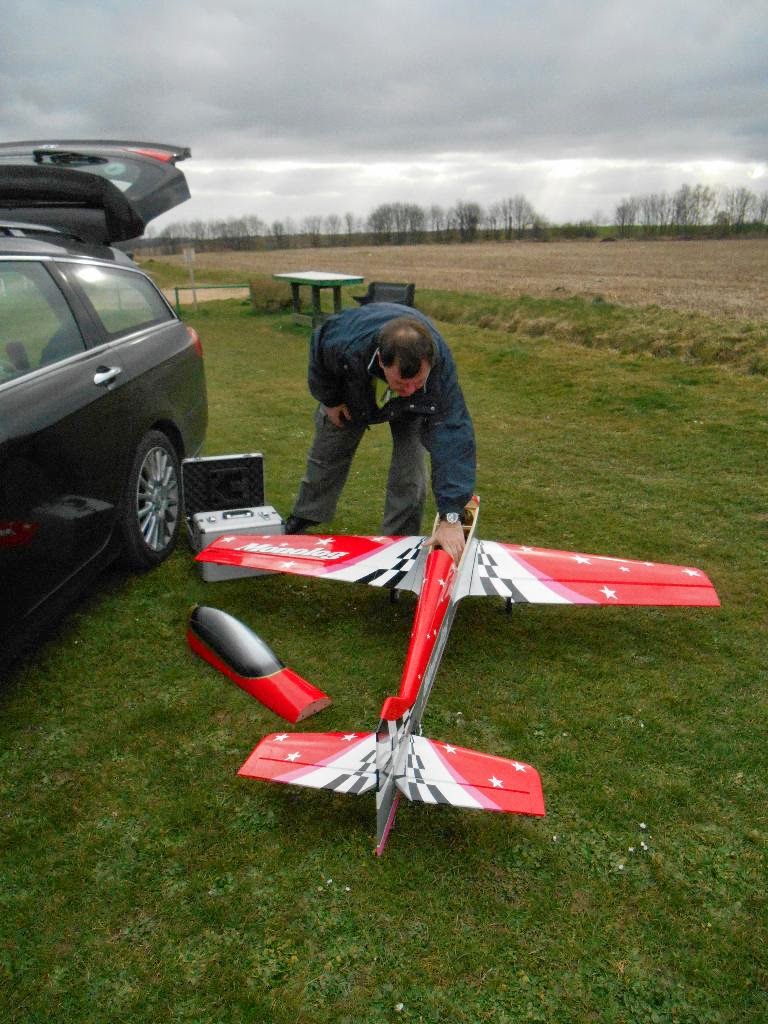 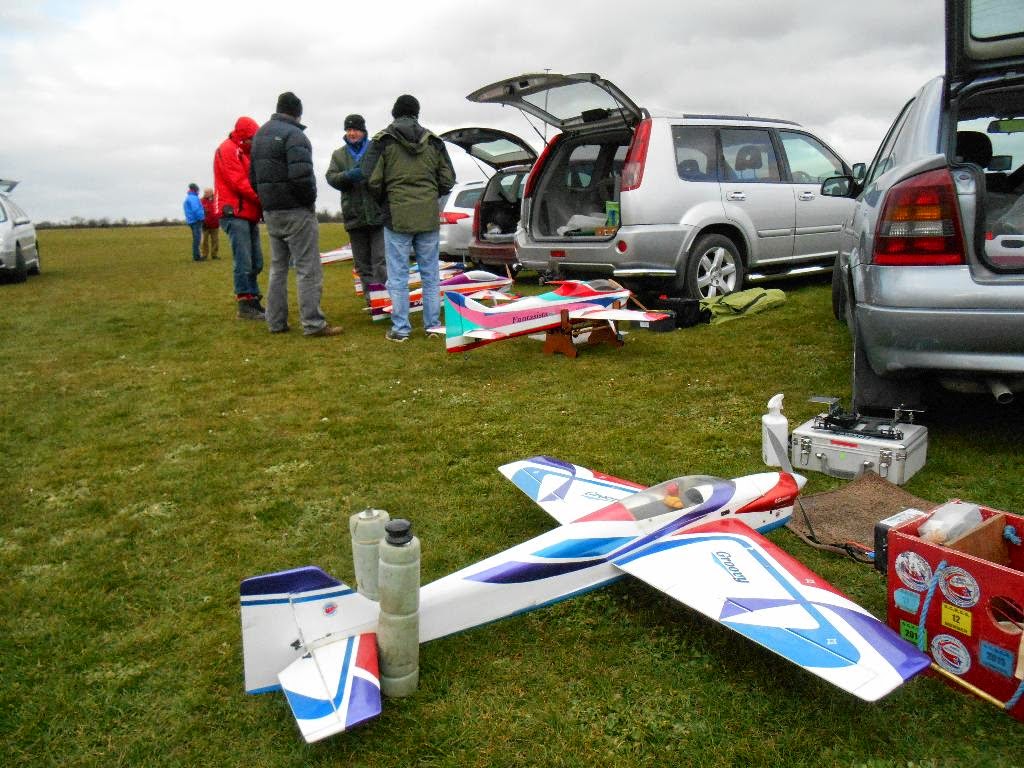 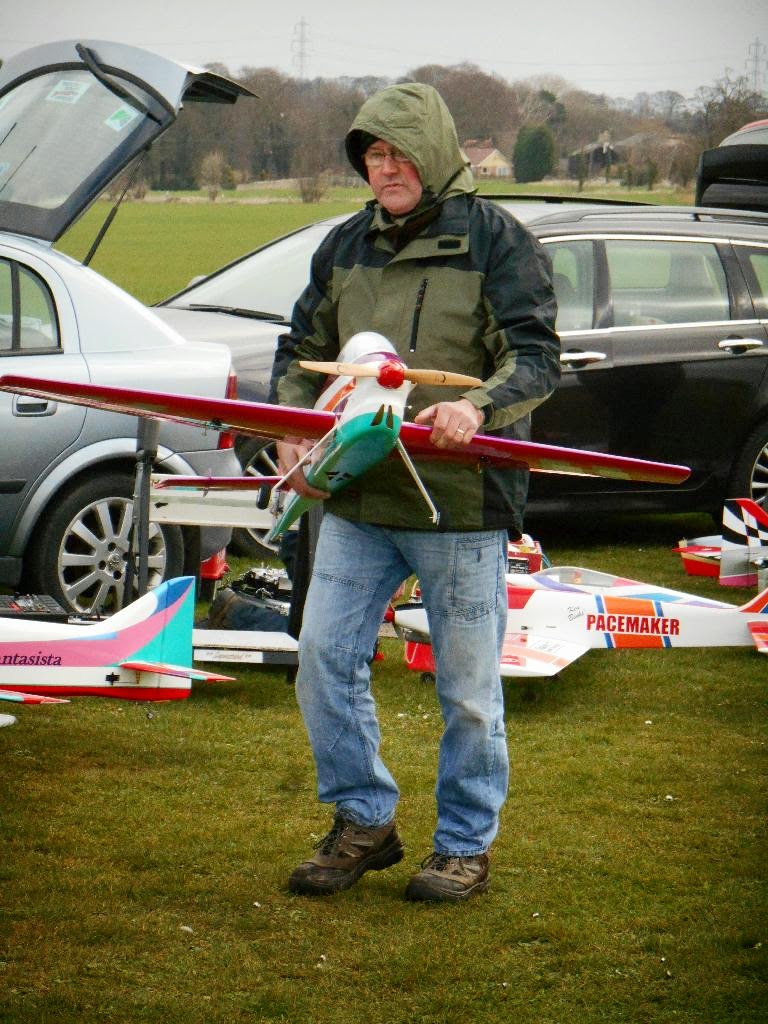 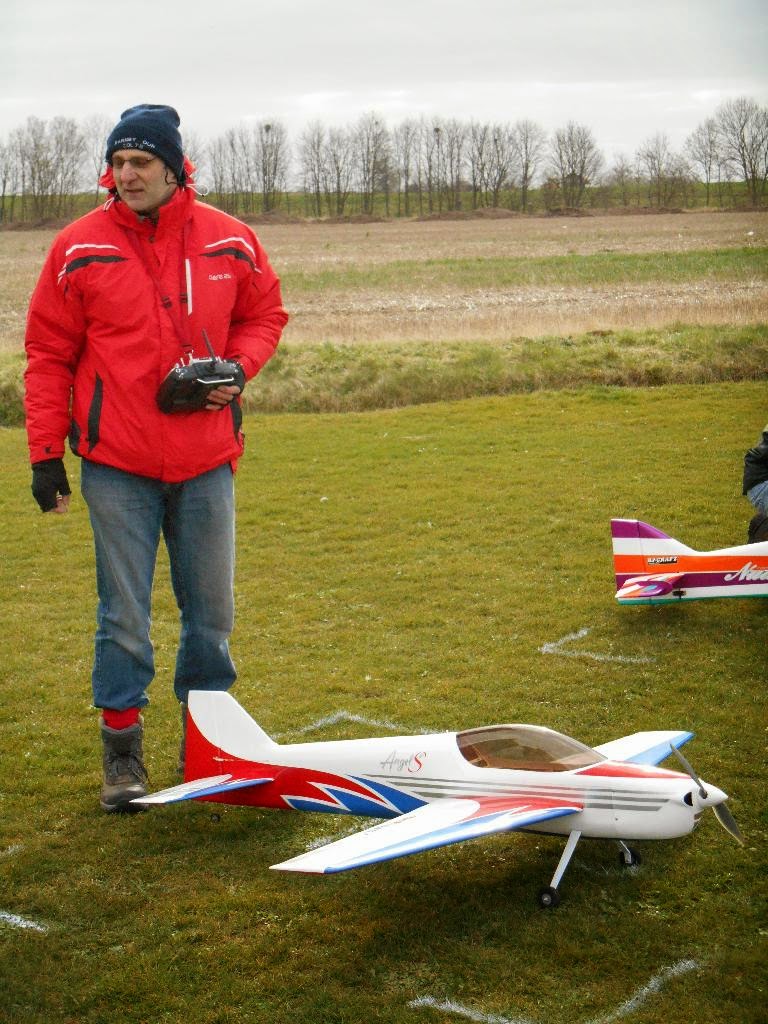 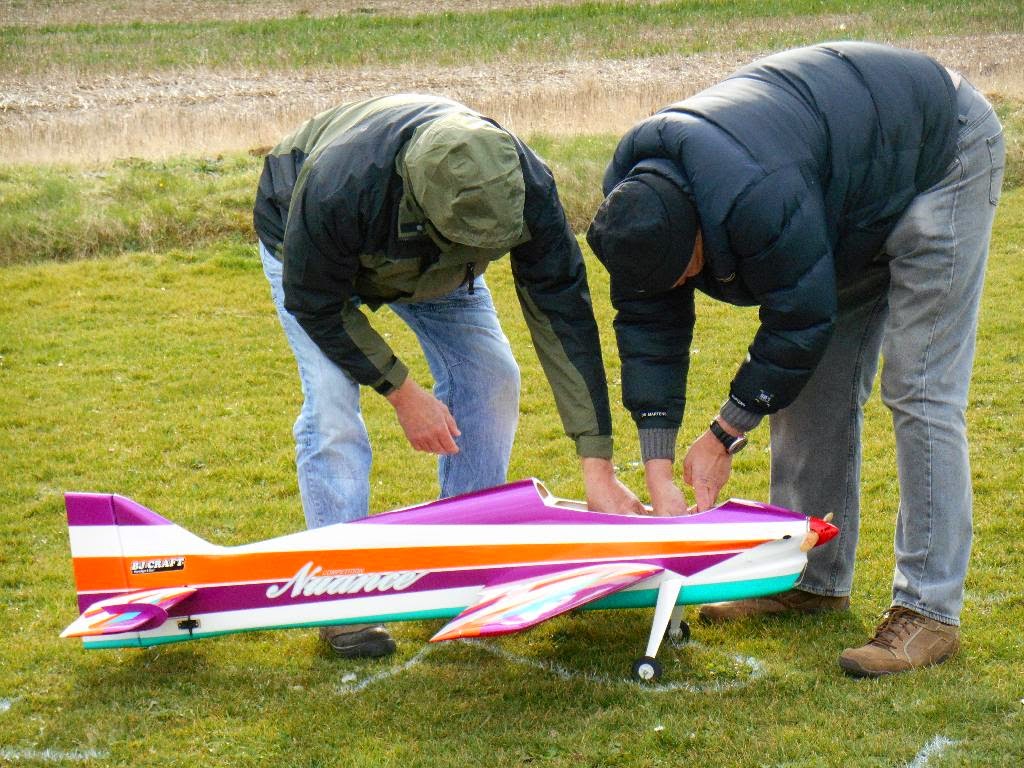 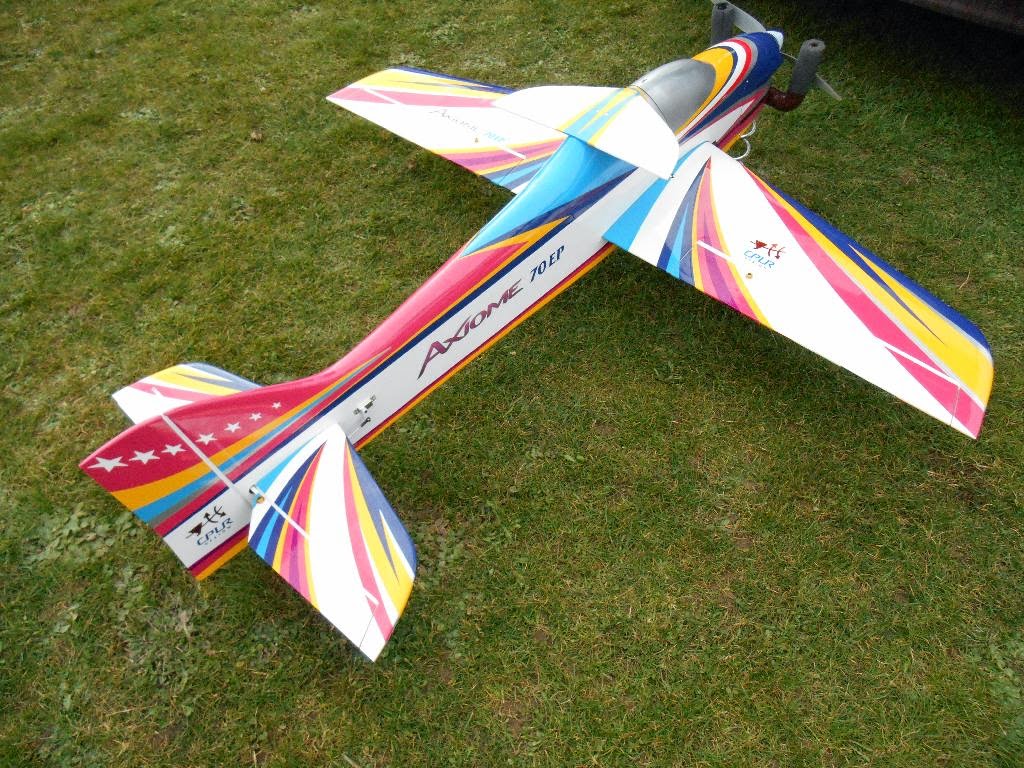 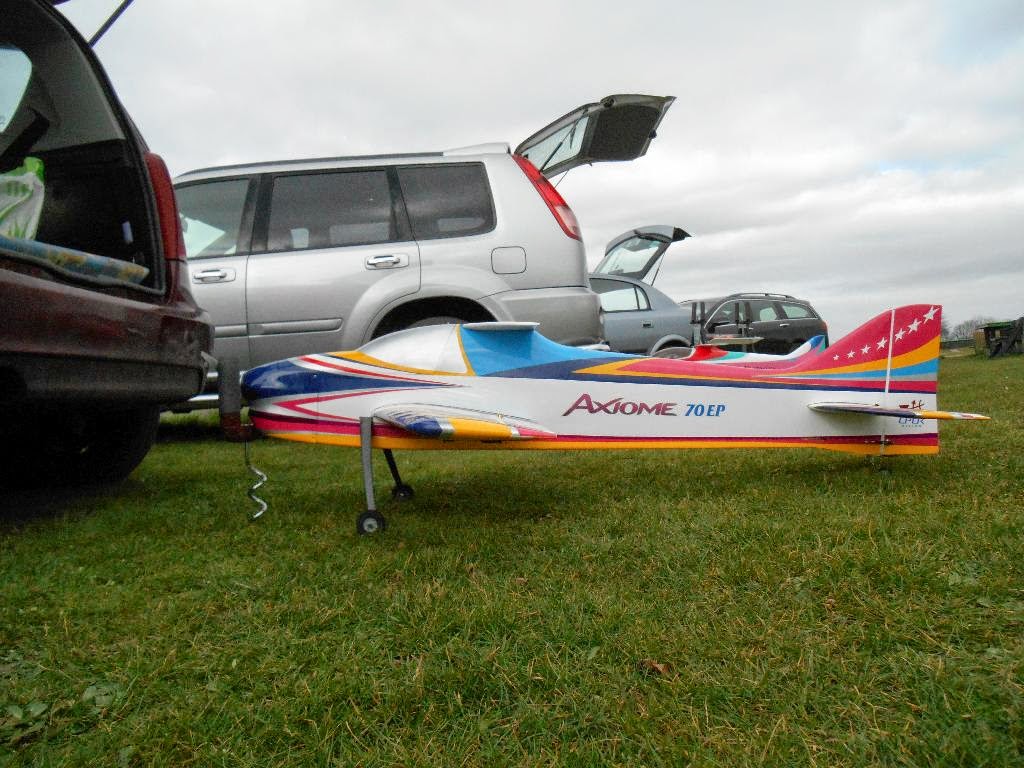 Axiome 70
So, as I was flying i.c. powered (noise restriction on site), I was last to go and was mentored by Matt Hoyland - you probably couldn't get a better pilot as a mentor.
It was clear from take off that the little Groovy was struggling, it was struggling to make any headway and was being buffeted about a lot. It definitely felt and looked underpowered.
Matt was quite patient with me but for some reason, the engine died at 8 minutes into the flight while only about 50 feet up and the rush to get back to the strip resulted in a heavy landing which cracked the engine firewall and bent the undercarriage. Investigation showed that I had run out of fuel - I normally get a comfortable 12 minutes per tankful.
So that was my first flight gone. I prepped the Gangster and waited my turn for the second flight.
This was better although I was still struggling with the conditions. I lost count of the number of stall turns I attempted, I kept losing the baseline after the recovery, I think I was following the box line back. The result - again, I ran out of fuel again - about 30 seconds before the alarm triggered. The dead stick approach landed about 15m short of the strip - in the adjacent field and I managed to find the only rock  around. The result - a broken fuselage and then end of my days flying.
During the lunch break, Matt demonstrated just how the Clubman schedule should be flown. Absolutely amazing to watch, a standard to aim for.
The afternoon session was for a contest and the 9 remaining flyers battled it out flying the schedule over 3 rounds. I used my time as a scribe and it was very interesting to see how the flights were scored, in my humble opinion some were a little generous, others a little tough.
However, I learnt a lot, I need to do a lot more practicing in adverse condition and get that Groovy engine sorted out
﻿